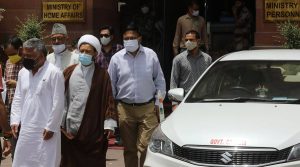 The National Conference (NC) has, in a letter to the Jammu and Kashmir Delimitation Commission (headed by retired Supreme Court Judge Justice Ranjana Prakash Desai), sought details of the agenda of the upcoming meeting with parties from the Union Territory.

Delimitation exercise in J&K- a timeline: