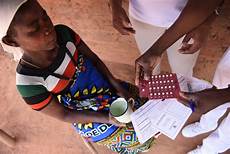 Clofazimine, a key drug for treatment of leprosy, which had been in short supply in the Indian market for several months, is now “not available”, with the situation turning into a crisis over the past three months.