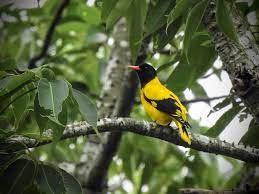 A bird survey conducted at the Silent Valley National Park in the last week of December identified 141 species, of which 17 were new.