Special Campaign On Disposal Of Pendency In Government Of India: 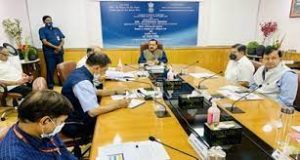 Union Minister of Personnel, Public Grievances, Pensions launched a dedicated Portal for Special Campaign on disposal of pendency in Government of India during the period 2nd October to 31st October, 2021.