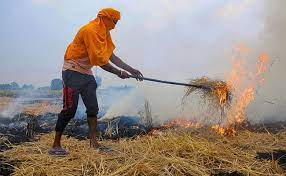 The Commission for Air Quality Management has said that a reduction in the area under paddy cultivation in Haryana, Punjab and Uttar Pradesh, as well as a shift away from paddy varieties that take long to mature, could see a reduction in stubble burning this year.