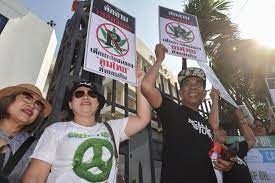 Thailand has legalized cultivating and possessing Marijuana but recreational use (Such as smoking) is still banned, even though advocates say the easing effectively decriminalises Marijuana.