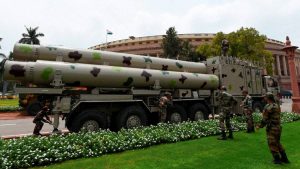 The bill was recently passed in Lok Sabha.

Weapons of mass destruction are weapons with the capacity to inflict death and destruction on such a massive scale and so indiscriminately that its very presence in the hands of a hostile power can be considered a grievous threat.