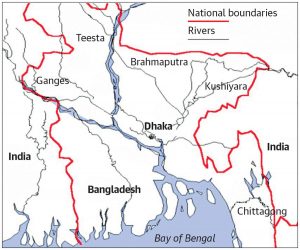 A memorandum of understanding (MoU) was signed on sharing of the waters of the Kushiyara river which flows through Assam, and then on to Bangladesh.