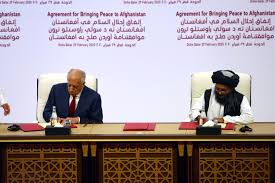 The Biden administration has said that it will review the US-Taliban deal to see if the Taliban are able to keep their end of the bargain.

Significance of Peace in Afghanistan for India:

Some of the important elements of the deal include: