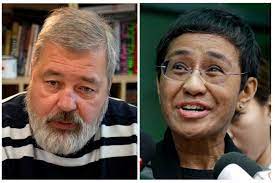 In an age marked by authoritarian regimes around the world, misinformation and hate speech, the Nobel Prize for Peace was awarded to two journalists who have been running independent news organisations in their countries, often under the threat of detention and even death.