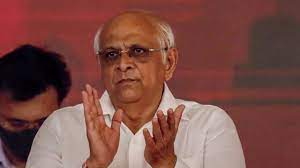 The Gujarat government recently moved a proposal to constitute a committee to evaluate all aspects of implementing the Uniform Civil Code (UCC).