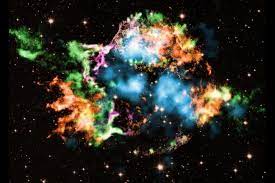 Astrophysicists using the Gemini telescope have spotted the first ‘blow-away galaxy, in which the hydrogen clouds have been stripped off exposing high-energy light.