What Are Green Comets? 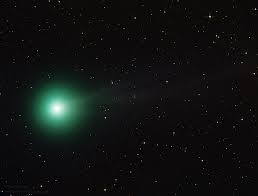 Astronomers recently spotted a comet using the wide-field survey camera at the Zwicky Transient Facility (ZTF) in the US, which is appearing near earth after nearly 50,000 years.