What Is Doomsday Clock? 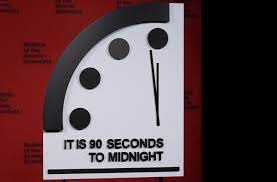 Atomic scientists reset the “Doomsday Clock” recently, moving its hands to 90 seconds to midnight – closer than ever before to the threat of annihilation.