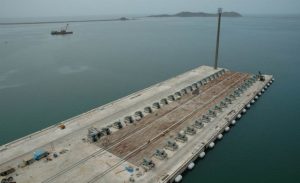 Raksha Mantri Shri Rajnath Singh visited the Karwar Naval Base in Karnataka on June 24, 2021 to review the progress of ongoing infrastructure development under ‘Project Seabird’.