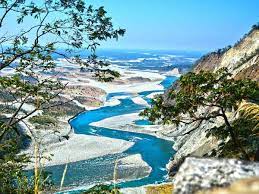 The Arunachal Pradesh government informed that Parshuram Kund Festival (PKF), is to be celebrated from 12 to 16 January 2023.