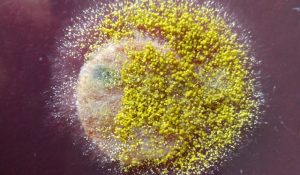 After black and white fungus, the recent case of yellow fungus has become a cause for concern.