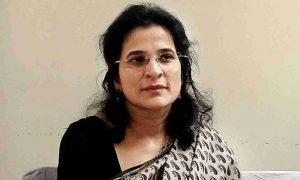 An Indian social activist, Anjali Bhardwaj, who works on issues of transparency and accountability has been selected for the “United State International Anti-Corruption Champions Award” along with the other 11 anti-corruption champions. These names were announced by the Joe Biden administration.