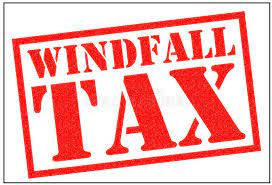 The government recently cut the windfall tax on domestically-produced crude oil to Rs 8,000 per tonne from Rs 10,500, and halved the levy on export of diesel to Rs 5 per litre.