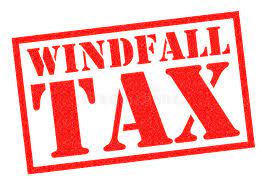 Government has defended the windfall tax (applicable from July 1), as a way to rein in the “phenomenal profits” made by some oil refiners who chose to export fuel to reap the benefits of skyrocketing global prices while affecting domestic supplies.