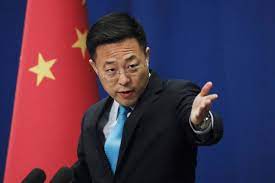 Wolf Warrior’ Diplomacy is a term that gained popularity, especially after Xi Jinping became the President of China.