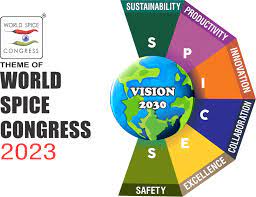 The Secretary to the Spices Board of India said that World Spice Congress 2023 will be held in Mumbai from 16-18 February 2023.