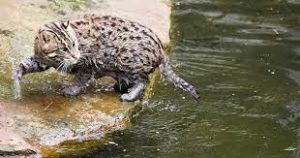 The Chilika Lake, Asia’s largest brackish water lagoon, has 176 fishing cats, according to a census done by the Chilika Development Authority (CDA) in collaboration with the Fishing Cat Project (TFCP).