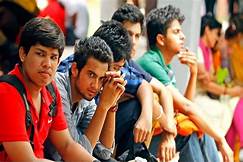 The Ministry of Statistics and Programme Implementation (MoSPI) has released ‘Youth in India 2022’ Report, which shows that the population share of the youth is starting to decline whereas the share of the elderly is expected to increase during 2021-2036.