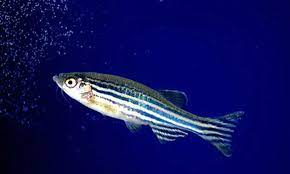 Scientists discovered that a protein found in Zebrafish can regenerate aged discs in human vertebrae.