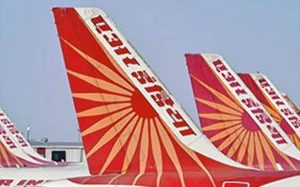 National carrier Air India has begun the first of its “zeolite cargo flights” with the government of India has commenced the process of importing zeolite from across the world for use in medical oxygen plants.

Use of Zeolite in medical oxygen plants:

Zeolites are microporous, three dimensional crystalline solid of aluminium silicate. Zeolites have small openings of fixed size in them which allow small molecules to pass through them easily but larger molecules cannot pass through them; that is why they are sometimes called molecular sieve.