1.The Indus Water Treaty (IWT) between India and Pakistan marks its 60th anniversary on 19th September 2020.: 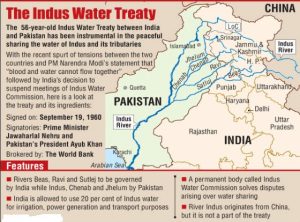 The Indus system comprises the main Indus, Jhelum, Chenab, Ravi, Beas and Sutlej. The basin is mainly shared by India and Pakistan with a small share for China and Afghanistan. 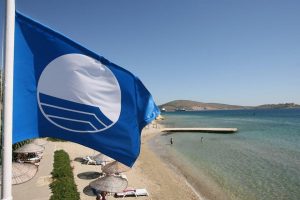 Union Ministry of Environment, Forest and Climate Change (MoEFCC) announced that for the first time eight beaches of India are recommended for the coveted International eco-label, the Blue flag certification.

1.Jammu and Kashmir Lieutenant-Governor (L-G) Manoj launched the Jammu and Kashmir Integrated Grievance Redress and Monitoring System (JK-IGRAMS), in a bid to create an interface with the public and focus on governance issues in the Union Territory.

2.The International Coastal Clean-Up Day is being celebrated on September 19, 2020, around the world.

3.The Delhi High Court has directed both private and government schools in Delhi to provide gadgets and Internet packages free of cost to poor students for attending online classes.

6.According to data shared in the Parliament, the number of arsenic-affected habitations in India has increased by 145% in the last five years (2015-20).