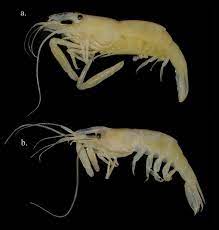 A new species of shrimp has been discovered by scientists from the ICAR-National Bureau of Fish Genetic Resources (NBFGR). The newly discovered species has been named Actinimenes koyas.