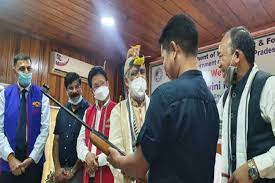 Appealing people to not hunt animals and birds, Union Minister for Environment said that air gun surrender campaign will be launched across the country and retired forest workers, representatives of social organizations etc. will be roped in for the same.