Holistic Rejuvenation Of Ganga River And Its Basin: 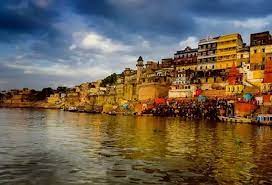 The Union Minister for Jal Shakti chaired a meeting of the Empowered Task Force including several central ministries, departments and the state governments for ensuring better coordination and convergence among agencies and programs for holistic rejuvenation of Ganga River and its basin.