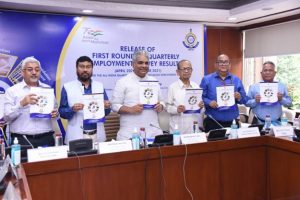 The All-India Quarterly Establishment-based Employment Survey, in a report released recently said that the overall employment numbers had increased by 29% from the base year of 2013-14.