Amendments To The Mines And Minerals (Development and Regulation) Act: 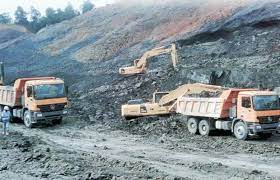 The Union Cabinet has approved amendments to the Second Schedule of the Mines and Minerals (Development and Regulation) Act, 1957 for specifying the rate of royalty in respect of Glauconite, Potash, Emerald, Platinum Group of Metals (PGM), Andalusite, Sillimanite and Molybdenum.