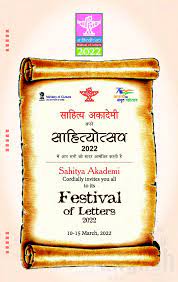 Sahityotsav, the Festival of Letters of Sahitya Akademi, India’s most inclusive literature festival will be held from 10th to 15th March 2022 in New Delhi.