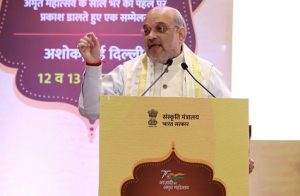 The Amrit Samagam, a summit of the country’s cultural and tourism ministers was launched by Union Minister of Home Affairs, Amit Shah. This summit was launched in New Delhi.