Madrid Protocol On Environmental Protection To The Antarctic Treaty: 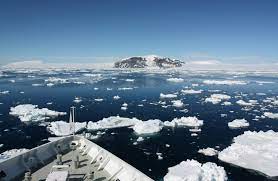 Union Minister of Earth Sciences addressed the International Conference commemorating the signing of the Madrid Protocol on Environmental Protection to the Antarctic Treaty.