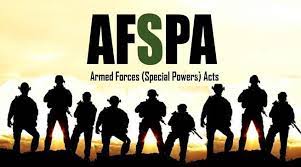 Nagaland will continue to be a ‘disturbed area’ for another six months under the AFSPA as the condition of the state remained “dangerous,” a move which comes amid growing clamour for withdrawal of the special powers to the armed forces, especially after the death of 14 civilians earlier this month in a case of mistaken identity.