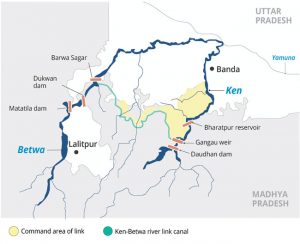 The Ken-Betwa river interlinking project will lead to the submergence of a major portion of the core area of the Panna Tiger Reserve in Madhya Pradesh, triggering a major loss of the tiger and its major prey species such as chital and sambar, according to a new study.