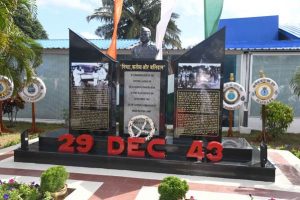 In order to preserve this important event in history, a Sankalp Smarak was dedicated to the nation by Lt Gen Ajai Singh, Commander-in-Chief Andaman and Nicobar Command (CINCAN), exactly 78 years after Netaji’s arrival on 29 Dec 2021.