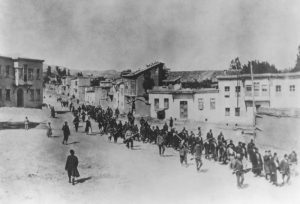 US President Joe Biden is preparing to formally acknowledge the Armenian Genocide.