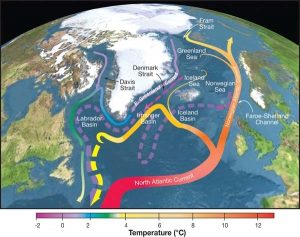 A study published in Nature Climate Change notes that the Atlantic Meridional Overturning Circulation (AMOC), is losing its stability. According to the IPCC’s Report (AR6) released on August 9, it is very likely that AMOC will decline over the 21st century.