Ban On Using Aceclofenac In Cattle: 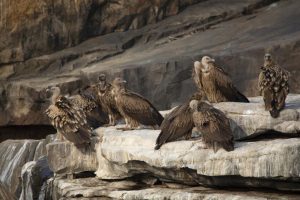 Indian Veterinary Research Institute (IVRI) has recently demanded a ban on using aceclofenac in cattle after a new study showed that the drug metabolises into diclofenac in water buffaloes as it does in cows.