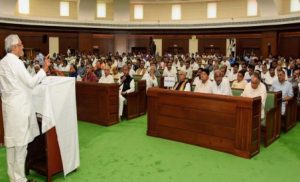 The Bihar Assembly passed the Bihar Lokayukta (Amendment) Bill, 2021 that proposes to punish people filing false cases before the anti-corruption ombudsman body to prevent any waste of time or misuse of the institution.