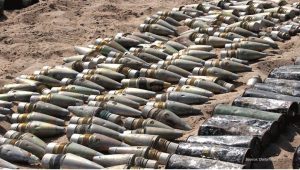 Organization for the Prohibition of Chemical Weapons (OPCW) has told the United Nations Security Council that it investigated 77 allegations against Syria, and concluded in 17 cases chemical weapons were likely or definitely used.

Organisation For The Prohibition Of Chemical Weapons (OPCW)