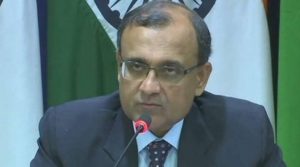 India’s Permanent Representative to the UN, Ambassador T.S. Tirumurti, said that It has been nearly 13 years since the Intergovernmental Negotiations (IGN) started. The UN Security Council is finding itself unable to act effectively to address issues of international peace and security as it lacked inclusivity.

In 2016, an “oral decision” was adopted by the United Nations General Assembly which approved of a declaration known as the “elements of convergence” which outlined the status of the consensus reached by the members of the IGN at that time.