Chief Justice Of India On CBI: 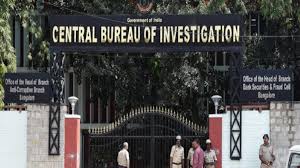 Chief Justice of India N.V. Ramana calls for immediate need for the creation of an independent umbrella institution, so as to bring various central agencies like the CBI, Enforcement Directorate and the Serious Fraud Investigation Office under one roof.