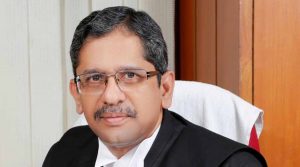 In exercise of the powers conferred by clause (2) of Article 124 of the Constitution, President Ram Nath Kovind has appointed Justice N V Ramana as the 48th Chief Justice of India with effect from April 24, 2021, accepting the recommendation made by the outgoing CJI SA Bobde.