Children And Adolescents In Need Of Education Support: 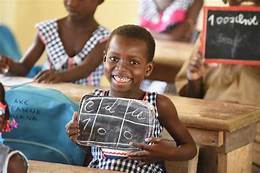 The United Nations global fund for education in emergencies and protracted crises, Education Cannot Wait (ECW), released a report that indicates the number of crisis-impacted school-aged children requiring educational support has grown from an estimated 75 million in 2016 to 222 million.