China Building a Second Bridge On The Pangong Tso Lake: 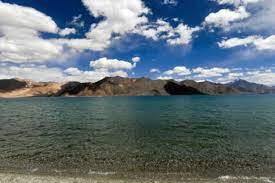 The Ministry of External Affairs has confirmed that China is building a second bridge on the Pangong Tso lake.