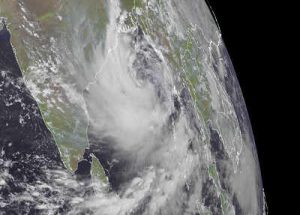 The India Meteorological Department (IMD) has informed that a low-pressure area is formed over the north Andaman Sea and adjoining east-central Bay of Bengal around May 22.