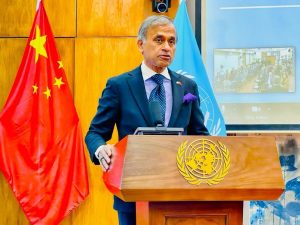 Siddharth Chatterjee, who rose to become the United Nations (UN) Resident Coordinator for China, is currently leading the UN and its 26 agencies in China.